It’s the second week of the 4-day-work-week pilot!

On 6 June 2022, around 3,330 workers at 70 companies began a trial of a 4-day working week. The trial, thought to be the largest of its type in the world, is expected to last for 6 months and is led by campaigning group 4 Day Week Global. It will be monitored by academics from Oxford and Cambridge Universities, as well as Boston College, who will consider the impact on employees, companies and the environment. Employers taking part have agreed that workers will receive 100% of their pay for 80% of their time, in return for workers committing to 100% productivity.

Joe O’Connor, Chief Executive of 4 Day Week Global, said: “As we emerge from the pandemic, more and more companies are recognising that the new frontier for competition is quality of life, and that reduced-hour, output-focused working is the vehicle to give them a competitive edge.”  Ed Siegel, Chief Executive of Charity Bank said “The 20th-century concept of a five-day working week is no longer the best fit for 21st-century business.”

Spain and Scotland are also set to begin trials into four-day week working later this year.

So, how does it work?

The 4-day-work-week is not to be confused with compressed hours, which would involve the employee working their usual 35 hours, but over 4 days instead of 5, meaning they would be working 8.75 hours per day (1.75 hours per day more than usual)!

Although the employee works 20% less hours per week, they will still receive 100% of their pay.

The idea behind the 4-day-work-week pilot is to see what the impact will be on:

The pilot aims to show if employees maintain productivity over the reduced working week, as a lot of time is said to be lost during the working week due to non-work-related activity. In fact, OECD statistics suggest that the average British office employee only productively works for 3 hours per day. This implies up to 5 hours per day are spent on non-work-related activities such as talking to colleagues and making drinks! This therefore begs the question – are your employees productive, or present? Hence the 4-day-work-week trial!

2 million Brit’s are currently unemployed due to childcare responsibilities. 89% of these 2 million are women (Gender Pay Gap statistics from the Government Equalities Office). Can a 4-day-work-week promote an equal workplace by giving employees (women) the opportunity to work, as well as spending time with their families, as they are able to juggle childcare and work commitments more effectively? Could this also relieve some financial pressure by saving on childcare costs one day per week (whilst still earning 100% pay)?

The pilot will also measure the impact on the environment in terms of reduced commutes to the workplace (for those office-based, of course) and large workplaces only being in use for four days per week. It is thought that the 4-day-work week help reduce the country’s carbon footprint for these reasons (and also have a positive impact on the company’s corporate social responsibility, which can help attract and retain workers and clients/customers!)

Are employees healthier and happier working a 4-day-work-week? Will employees have a better work-life-balance, with more time to see family and friends and to exercise, all positively contributing to their overall health and happiness? With significant cost of living increases, could saving money on one daily commute to work each week (for those office-based) positively impact their financial wellbeing?

Whilst predictions of the impact of the 4-day-work week are mainly positive for both the employee and the employer, there can be some disadvantages to operating a 4-day-work-week; it doesn’t work for every team in every business. If your customers expect someone to be available to help them five days a week and no-one is there on a Friday, this could result in a decline in customer satisfaction or even losing them to your competition! If you allow one team to trial the 4-day-work-week because their operation allows, yet their colleagues in another department have to stay working 5 days because their operation doesn’t allow, how would this be received? Would a divide be created between teams, negatively influencing company culture? Would the productivity of those remaining on the 5 day working pattern decline?

So far, Iceland is the only other country to have conducted a shorter working week pilot on this scale. 2,500 of their public sector workers were involved in two large trials between 2015 and 2019. The trials did not find a drop in productivity however, they did find a significant increase employee well-being – will the UK follow suit?

New ways of working following the pandemic are seriously being considered, but will they work long-term?

We’ll be keeping a close eye on the developments of this pilot and the research findings in 6 month’s time!

Today, the Government have confirmed that it will introduce legislation allowing employment businesses to provide… 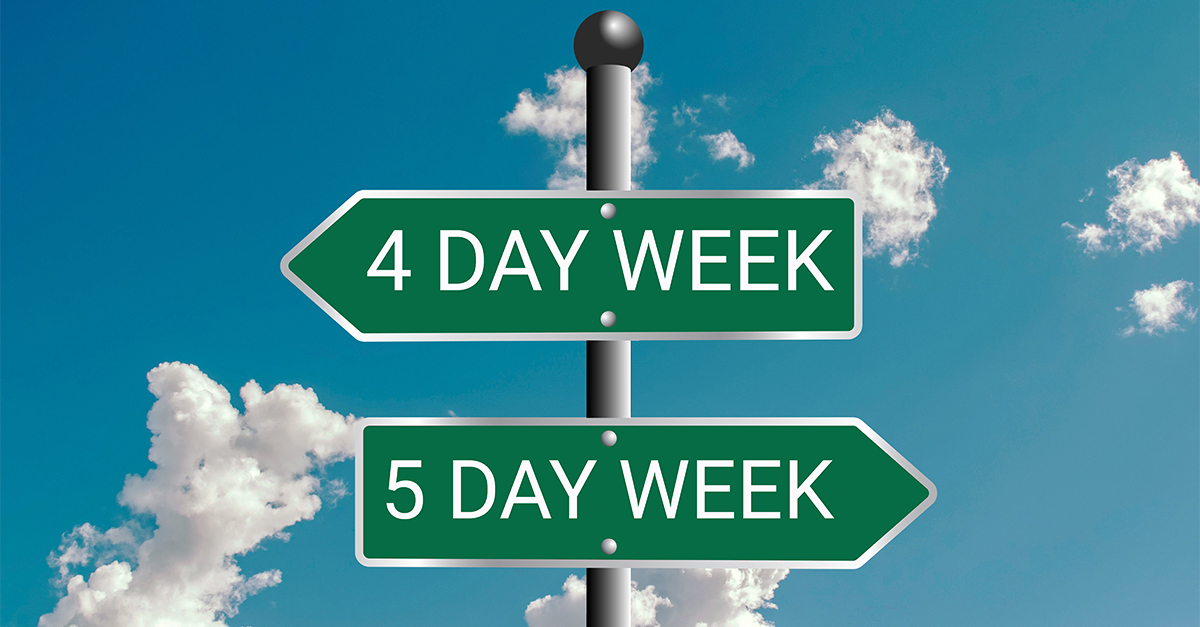