An interesting case has come out of the Employment Appeal Tribunal (EAT) that reaffirms that it is always the reality of the situation that should be looked at. This case was initially heard by the Tribunal and then appealed to the EAT.

It is curious that the Tribunal agreed with the Claimant in the first instance in this case, as the Respondent’s policy around length of breaks, or whether a break is given at all, seems obvious and in line with legislation. The Working Time Regulations state that a worker is entitled to a minimum of a 20-minute break if they work more than 6 hours per day. Whilst this case initially looked at the allegation of unfavourable treatment of part-time workers, the reality showed that all workers, whether part-time or not did receive a break for shifts that were 6 hours or over. The EAT stated that the rationale behind the rest breaks was based around length of shift and not whether a worker was full-time or part-time.

The Part-Time Workers Regulations make it unlawful for an employer to treat part-time workers less favourably than their full-time colleagues with regard to their terms and conditions of employment, unless the treatment can be justified on objective grounds. This right only applies if the treatment is on the ground that the worker is a part-time worker.

It was the Respondent’s practice that workers received a paid 15-minute break when they worked shifts of 6 hours or more. The Claimant did receive a paid break when working 6-hour weekend shifts but not when working 4-hour shifts during the week. The Claimant argued this was unlawful as full-time workers received a paid break for all shifts that they worked.

At first, the Tribunal agreed with him and decided that even if the length of the shift of 4-hours was the reason for denying a complimentary break to those who worked 4-hour shifts and not because of part- time working, that was undermined by the finding that the Respondent was aware that one of the part time workers was allowed a complimentary break on a Friday when she worked a 4-hour shift.

The Tribunal therefore found that it could not be said that the reason a break was denied was because a worker was on a 4-hour shift. Due to that, the defence of the 4-hour shift disappeared the only other reason for the less favourable treatment could be that the Claimant was a part-time worker. The Tribunal therefore decided that the fact the Claimant was part-time was the sole reason for the treatment.

But… the EAT disagreed and dismissed the Claimant’s claim. The EAT found that the sole reason why the Claimant did not always receive paid breaks was not his part-time status and the Tribunal had been incorrect in their finding. The EAT also stated that the anomalous position of one employee being given a break during Friday four-hour shifts could not alter the agreed fact that whether or not a shift included a paid break depended upon the shift length.

The correct approach was to look at why the Claimant was treated less favourably. On the facts, this was not ‘because of’ his part-time status but was instead due to the length of particular shifts that he worked. This was demonstrated by the fact that he did sometimes receive the paid break. It was, in fact, possible for part-time workers to always receive the paid break if they worked longer shifts.

It is important to note that it is not always as clear cut as it may first seem and you should seek legal advice on all policies/ procedures to ensure you are not discriminating against your workforce in any way. There are plenty of examples of employers getting it wrong without realising the cost can be steep.

Get in touch with us today to have a chat about how we can help protect you and your business and ensure you have the correct policies and training in place as well as understanding employment rights.

Do you know your workers total remuneration? Certain deductions which relate to employment must be… 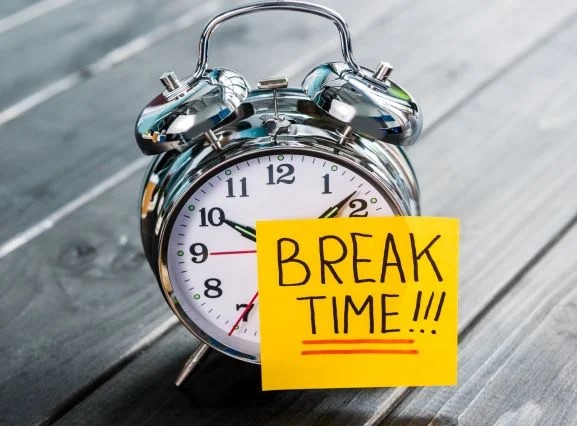