PSC outside IR35 as no mutuality of obligation between the parties

PSC outside IR35 as no mutuality of obligation between the parties

An IT Consultant operating through his own Personal Service Company (PSC), RALC Consulting Ltd has been allowed to appeal against HMRC’s determination that it operated inside IR35.

Between November 2010 and February 2015, the IT Consultant provided services under a series of short contracts to two clients via two Employment Businesses. Before setting up his own PSC, the IT Consultant was an employee of one of the clients carrying out similar duties to those he provided via his PSC.

The First Tier Tribunal (the Tribunal) concluded that the first limb of the mutuality test was not met as there was no contractual obligation to provide the IT Consultant with a minimum amount of work or that he was required to complete a specific project or outcome. It was evident that projects could be cancelled or postponed and if this occurred there was no guarantee of that other work. The Tribunal noted that whilst the contract between the parties contained a termination clause there was no guarantee work would be available during that period. The Tribunal also found that whilst clients’ of the PSC were under an obligation to pay for work performed, that obligation would also apply to an employee. It was therefore determined that the absence of any obligation to provide work during the contractual periods pointed to self-employment allowing the appeal. However, in coming to its determination the Tribunal also considered the wider employment status tests concluding that:

• There was a fettered right of substitution which is indicative of employment
• Whilst the Clients had an element of control over the IT Consultant it was not comparable to the control they had over actual employees. The control test therefore pointed to self-employment
• The IT Consultant was not part and parcel of the clients’ businesses together with the fact the PSC had its own insurance and business premises also pointed to self-employment

This is another blow for HMRC given other recent IR35 Judgements especially in light of the new Off Payroll Rules coming into force in April 2020. To find out more about how Peach Law can support your business and to help you get ready for the new Rules please contact the legal team on 0161 478 3800. 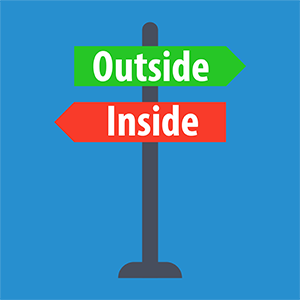