Sexual Harassment in the Workplace: Do you know your duties?

Implementing new legislation is one prong to a multi-pronged approach to change and the response clearly states that the law alone cannot fix this problem. We also need to see cultural and societal change. The explicit view in the response itself is that it is vital that we have a strong legal framework in place, which both establishes clear standards and expectations for individuals and employers alike and is responsive to the modern workplace.

There will be a new duty to prevent harassment, and many believe that such a duty would prompt employers to take positive steps.

Don’t employers already have a duty to prevent sexual harassment at work?

Yes, and employers would still be required to take ‘all reasonable steps’ to prevent sexual harassment in the workplace, just as they are now, but they could potentially be held accountable for failing to take such actions without the need for an incident to have occurred.

The response confirms that the government will support the Equality and Human Rights Commission (EHRC) in developing such a code of practice and believes that this will help employers understand their existing duties in this area and whether they have taken “all reasonable steps” to prevent harassment.

How do employers know what “all reasonable steps” are?

The burden of proof is on employers to show that they took “reasonably practicable” steps to prevent harassment occurring and the threshold is high. It is vital that employers not only have up-to-date policies, including a harassment policy, but that employees and Managers know where that policy is and can access it with ease. There is no use in having a policy in place that no-one knows about, and employers have been highly criticised for doing the same.

To complement the new code of practice, the government will produce accessible guidance for employers which will outline what practical steps they can take.

Employers can also facilitate training on sexual harassment in the workplace. There should be evidence that training has actually taken place with course materials, a signed list of attendees and evidence that the training is being repeated at reasonably regular intervals, for example every 12 months.

When will this duty come into force?

At the moment, there is no date to rely upon. The response assures a Parliamentary debate “when time allows”. However, given that there is already law in place which provides for employer liability for sexual harassment at work, and a potential “reasonably practicable steps” defence, employers are encouraged to plan ahead and may wish to act now.

There has been much debate on whether employers should become liable for acts of harassment enacted on its staff by “third parties” such as visitors, customers, and staff employed by other organisations. The response emphasised several practical difficulties presented by introducing a liability for employers to prevent third party sexual harassment which is not triggered by a specific incident. Further, concern has been expressed that it may be easier to anticipate the likelihood of sexual harassment in some workplaces than others. The government’s proposed way of balancing this is to introduce a defence of having taken “all reasonable steps” to have prevented third-party harassment.

The Government noted that it would not be possible to produce an exhaustive list for every workplace. However, they will give particular consideration to whether it should only apply in situations in which an incident of harassment has already occurred.

Businesses might therefore wish to consider making it clear to all third parties that all of them, and their staff, attending the premises should have been properly trained and the standards of expected behaviour made clear. Some businesses may also wish to implement a way of recording visitors, if they do not already do so, such as the use of signing in books or another booking in system. Staff should also be encouraged to be vigilant and to report any unacceptable behaviour by visitors so that any issues can be raised it with them or their employer.

The government believes that most of those classified as interns should already be protected under the Equality Act 2010. It will not extend protection to “pure” volunteers, since this may have undesirable consequences.

From the responses to this part of the consultation, the government identified two distinct groups to consider:

The first group might be junior in the workplace and particularly vulnerable to harassment. However, the government’s view is that they would and should already be covered by the protections in the Equality Act 2010 (EqA 2010), since even without payment they would be likely to qualify as workers.

In relation to “pure volunteers”, the government acknowledged that they should be protected from harassment, discrimination and victimisation. However, it was concerned that extending the protection to volunteers may create a disproportionate level of liability and difficulties for the organisation which outweighs the service they provide.

On this basis, the government decided not to extend protection under the EqA 2010 to volunteers. However, as a matter of good practice, it confirmed that it expects all responsible employers to have an effective anti-harassment policy covering all staff (including agency workers, consultants, volunteers and interns), not just employees.

The government will look closely at extending the time limit for such claims under the Equality Act 2010 from the current three months to six months, bearing in mind the pressures on the employment tribunal service. Any extension would apply to all claims under the EqA 2010, not just harassment claims. A new time limit of six months is likely to be the most appropriate course of action. 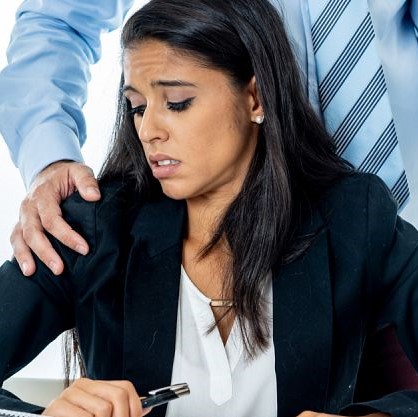